A Brief History of Milk

The HiPP line of products adapts cow’s milk to create an infant formula to be as close to breastmilk as possible in nutritional vitamineral values and protein, fat and carbohydrate ratios.  Actual cow’s milk is not recommended for babies under 12 months, as it differs from human breast milk in several important ways.  Cow’s milk has more protein, sodium, and potassium than is good for babies, and it lacks the essential fatty acids that are needed for optimal development.  Breastmilk, and if necessary, infant formula adapted from cow’s milk with the proper protein ratios and nutrition, are essential for infants before the age of 1.

But many parents ask if kids should drink milk as they grow into early childhood.

Some people have health reasons to restrict their intake of milk products, ranging from milk protein intolerances and inabilities to digest milk sugars, to the inhibition of iron absorption and the need to limit dietary fats.  But at the same time, history shows us that humans have consumed milk for millenia, and our knowledge of its benefits may outweigh the potential costs if consumed moderately (1 to 2 daily servings of milk products).

The treatsie below is a summarized version of many findings by Dr. Gwen Dewar, PhD evolutionary anthropologist, on the value of milk which may provide you with some insights as to whether it is beneficial to keep in your household.    This information is provided for educational purposes only.

Milk has been a staple in the diet of Old World temperate zone people since the agricultural revolution began, From then on, cows and their milk products played a central role in many cultures, Neolithic Britain (4000BC), Ancient Sumerian civilization (3000 BC), Ancient Egyptian civilization (3100 BC), Northern Indian Vedic Civilization (2000BC), and Ancient Hebrew civilization (1700-63 BC).  To this day over 750 million people worldwide live on dairy farms.

Fortified milk and milk products today can be important dietary sources of the following key nutrients:

The protein and calcium in cow’s milk particularly has been well-studied and may contribute substantially to better overall nutrition and bone health for children.  As summarized by Janet Rich-Edwards and colleagues (2007), studies show that children who consume cow’s milk products have

Much of the research is correlative, but some experimental evidence is available too. One randomized, controlled study gave Chinese school girls 330 mL of cow’s milk per day. After two years, these girls saw small but statistically significant increases in their bone mineral content and bone density compared with girls in a control group (Du et al 2004). 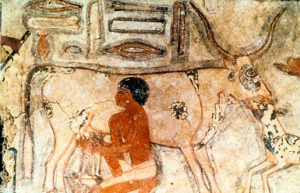 h. In the Chinese study mentioned above, the milk-supplemented girls were taller than controls. And many other studies have documented a correlation between cow’s milk consumption and height in children (Hoppe et al 2006).  This is no longer simply anecdotal. For instance, a U.S. study found that preschool children who were in the top 25% for milk consumption were about a centimeter taller than their peers (Wiley 2009). Another U.S. study found that milk consumption was linked with taller teenagers, even after controlling for age, sex, household income, and ethnicity (Wiley 2005).

It is not certain whether milk is promoting growth because milk drinkers are intaking more protein or because of cow milk’s growth hormone (GH) and insulin-like growth factor.

Milk may not be suitable for all children.  Experiments demonstrate that the high calcium content of milk can interfere with a child’s absorption of iron, another mineral that is crucial for development. To ensure your child isn’t iron deficient, it’s a good idea to avoid serving milk products and iron-rich foods in the same meal. It may also be a good idea to limit total milk intake in young children to two cups per day (Maguire et al 2013).

Some concerns have arisen of a potential 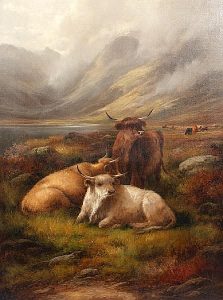 link between cow’s milk and diabetes but the results have been mixed, and in fact, several studies claim opposite outcomes.  The preponderance of evidence suggests drinking more milk results in less likelihood to develop diabetes, not more. When Finnish researchers conducted a randomized study, they did not find that cow’s milk consumption increased diabetes risk (Savilahti and Saarinen 2009). In fact, there was a trend in the other direction: Babies who were given cow’s milk-based formula were actually less likely to develop diabetes. Similarly, a nationwide study of German preschoolers found that preschoolers who drank more cow’s milk were less likely, not more likely, to develop diabetes (Rosenbauer et al 2007). Research on adults has reported similar results. In studies that have controlled for overall diet, body mass index, and physical activity level, adults who consumed more low-fat milk products were less likely, not more likely, to develop insulin dependence or diabetes (Choi et al 2005; Tremblay and Gilbert 2009; German et al 2009).

Milk and milk products have played a role in the human diet for thousands of years.  In most of the second half of the 20th century, children received milk as part of their cafeteria school program, and parents were advised to keep milk in the household.  Moderation is certainly key to the consumption of any food, but clearly, milk has provided essential dietary nutrients for adults and children all over the world for many centuries, and we are still in the process of understanding why.

"We started using this formula when our son was around 5 months as a supplement to breastmilk. My son has had no issues with it and the ingredients are actually things that I feel good about as opposed to other organic formulas which seem to have a lot chemicals in them."